What is the Right Way to Talk About Something? 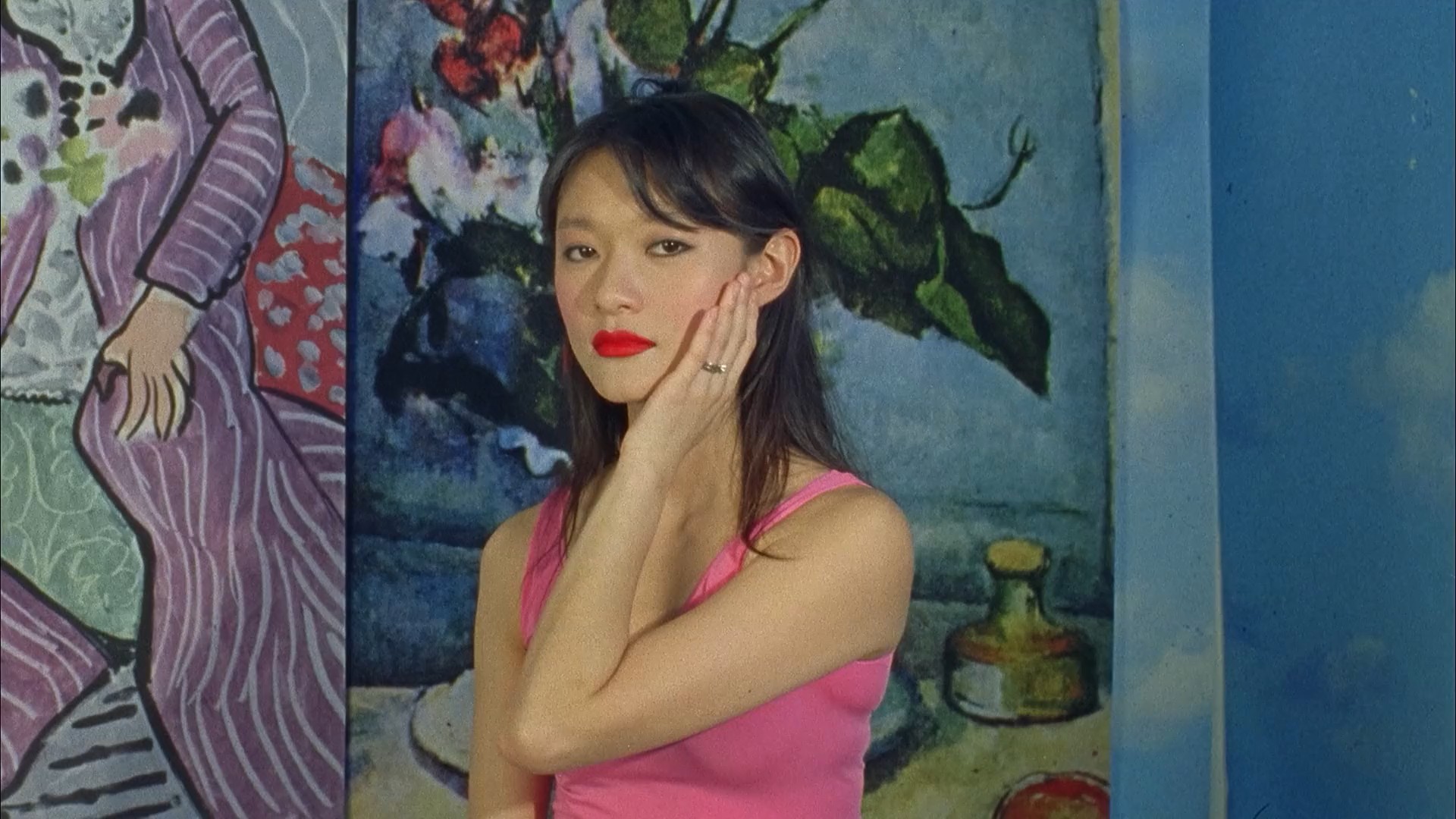 Probably the best way to sum up the chaotic presentation of Sara Cwynar’s trilogy about consumerism would be by using a quote from the first film: “Things that are already gone the same moment they arrive.” These words are voiced by Paul Cooper, cast by Cwynar for his authoritative tone, whose sound is a constant throughout the trilogy which consists of Soft Film (2016), Rose Gold (2017) and Red Film (2019). The text is written to resemble the briskness of blurbs on social media or in advertisements. Part confessional, part academic, part philosophy, but all abbreviated to fit an arbitrary character limit.

Meanwhile, every corner of the frame is illuminated through a harsh and frontal lighting set-up. On top of that, everything is in focus. Sharp and detailed. This is in film photography generally considered to be a faux pas as it is unflattering and depth-less. We’re taught to make the image ‘pop’ or, an even more irritating word, ‘cinematic’ through contrasting light and dark surfaces to highlight the subject(s). This is the only way, the books say.

Cwynar isn’t out to make her subjects more than what they are. Superficially, the goal of her short bursts of text and her clear visuals is to communicate to be understood. Like an instructional film, according to the press release for her exhibition at the UK-based gallery The Approach (we’ll get back to that in a bit). Yet, it is in the assembly of these elements where Cwynar’s intentions shine bright like a diamond. The spoken words overlap constantly and don’t seem to follow a coherent structure, mutating her clear-as-day messages into a flurry of thoughts, some half-finished, others unintelligible. Meanwhile, much like the soundtrack, the average shot length is closer to that of a modern-day blockbuster. Every action is interrupted by a cut: Cwynar’s hands re-arrange an advertisement display, but we never see the result she’s going for. These displays feature objects and subjects in such abundance that they’re reduced to their appearance. Or their aesthetic values. They’ve become shapes or colours, perpetually transitioning, without beginning or end, overlapping. There’s a word for this: transiency.

“What is the right way to talk about something?” None of this feels random. Well, maybe at first, but then it starts to settle. View it as if you’re scrolling through Instagram or your Pinterest, where there are common themes, but they lack a clear narrative coherency. And then, on repeat viewings, a film takes shape. A film at war with itself. A film struggling to communicate from within a pit of overabundance. And a film that’s never above its own subject, not coming from a place of minimalist elitism, but from a place of genuine concern. We’re a culture run by corporations whose marketing strategy is to embrace and perpetuate the quickening of the cycle. Feeding into a culture that’s already sick with the infatuation for the things we might one day own. Things that will quickly lose their value. Things we’ll dispose of.

“Technology disciplines its audience.” Does it mean anything to say that? Does it matter whether it means something? “Why would you make anything new when there is so much already?” Is art’s complexity in the question or the answer? And why is it important? “What is the right way to talk about something?”

The aforementioned exhibition at The Approach was called ‘Marilyn’ and it included Red Film. It was supposed to run until the end of April, but the gallery shut its doors early in March, 2 weeks after it had opened, to take the proper cautionary measures in light of the Covid-19 pandemic. Shortly after realizing that the gallery wouldn’t reopen for the foreseeable future, it was decided that Red Film, as well as all the other videos in the gallery (most of them loops shown on iPad’s), would be made available online. For free. (The other two instalments can be viewed as excerpts on Cwynar’s Vimeo page.)

When I asked Ben Rivers (in an interview published in Frameland’s February Issue) about why his films were so hard to come by, he explained: “[…] there’s the occasional sale to a museum or private collector [and this is] how I survive.” Cwynar and Rivers are just two of several experimental filmmakers who’ve decided to publicize their initially privately uploaded film screeners in this time of crisis. Their work was stuck in a vault out of necessity rather than to give the illusion of scarcity for the sake of profit (looking at you, Disney). These artists are now allowed to open up their catalogue because during this crisis programs and initiatives are set up for empathetic reasons, not financial. Whoever said ‘art should be free’ is now handed a case-study.

So, while the whole world slows down to a halt, we are permitted to take a step back and look at all our systems, needs and ideals from a safe distance. Nobody but our essential workforce needs anything right at this moment. Our lives have been brought back to that which is essential. Of course we’re still marketed to, still lied to, but we’re in a place of stillness. We might even have the upper hand because of that. And there’s, to me, currently no better way to observe our pre-crisis society than Cwynar’s Red Film.

This Essay article was published in April 2020