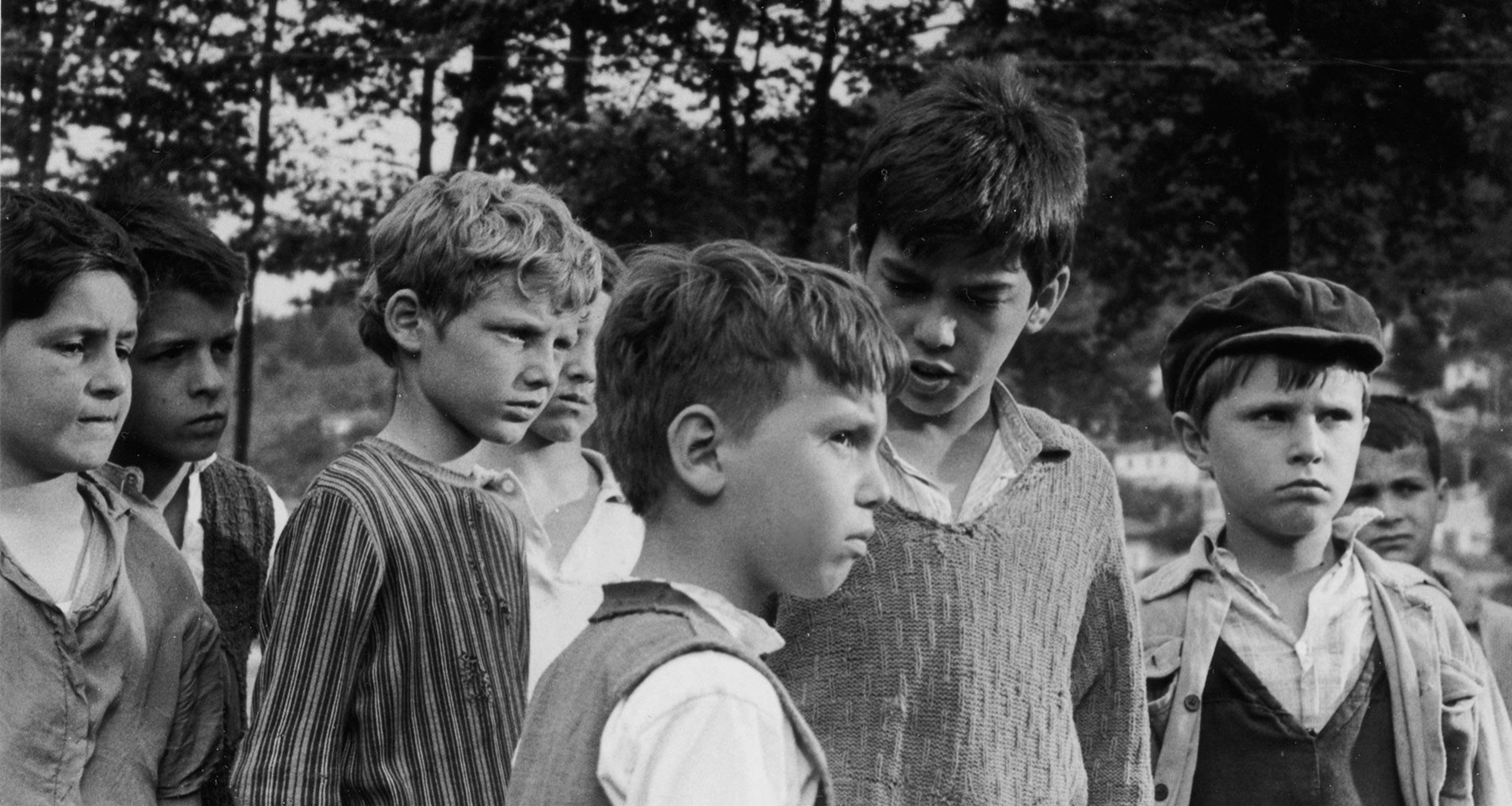 Hailing from Gjirokastër, director Xhanfise Keko is best known for her work with children earning her recognition from the largest European children’s film festival in Giffoni. Both Tomka and His Friends (1977) and The Newest City in the World (1974) show the contributions of youthful idealism to a hopeful future.

The adventures in Tomka and His Friends take place during a lesser known part of the Second World War. The titular hero heads his group of friends due to his charisma. When the German Wehrmacht invade their town and occupies their favourite spot to play football, they try to resist with as much defiance as possible. A mean officer with a dog may watch their every move, but they continue to kick their ball at the field. Not content to sit idly by and let the adults do all the work, they help an Italian deserter to hide and do small chores for their fathers, members of the Partisan forces. One day their dream comes true to truly help when they get assigned a more serious mission.

Keko rarely leaves the side of the kids as they roam the streets delivering secret messages or pestering Albanian collaborators, harking back to the techniques of Italian social realists. The loose manner in which the kids relate to each other, the cheerful attitudes emanating from their supple movements and the confidence they have in the eventual victory of their Partisan fathers makes for a sanguine childhood that at times boils over into a romanticising attitude on part of the film. Still it thoroughly embeds itself in the experiences of Tomka and the others and captures the effervescence of this troupe of friends.

The focus on the quotidian details of life under German occupation veers toward the prosaic. Even when the children try to peek in the distance with binoculars the brutalities of the war stay out of vision. And moments of tension get an effortless solution like feeding a supposedly wild dog poisoned meat. The film stays within such a  framework of practical problems needing practical solutions like practicing espionage while assignment after assignment a Partisan plan to decisively hit the Wehrmacht develops. Yet their rather wide-eyed confidence permeates throughout the film, which makes for a forceful depiction of resistance and conviction.

The mid-length The Newest City in the World dispenses itself of an antagonistic force pitting communists against fascists yet feels more like the promotional work of a communist regime. The at first rather shy Fatmir joins a new primary school and quickly makes friends after declaring his intention to build a town for himself. Under the supervision of a bland kindergarten teacher each child contributes in their own way to erect a miniature town in the garden, with the occasional annoyance at being assigned to the wrong occupation.

Even more than in Tomka and His Friends, the quotidian account directs itself toward a mindset of practicality here extolling the virtues of industrialisation. Whereas in Zero for Conduct (1933) the vivacity of a mass of schoolchildren leads to a rebellion against the oppressive force of schooling, here a comparable enthusiasm erupts into linearly engineering power stations or street lights under the well-meaning eyes of the adults. Again strongly embedded in the experience of the children the endearing joy of creation thus comes across a bit deceptive, strengthened by militaristic overtones when the boys receive ranks and toy gun. Therefore this film in contrast to Tomka and His Friends channels thechildhoods of confidence in a brighter future toward more definite ends.

This Small Country Big Cinema: Albania article was published in May 2021